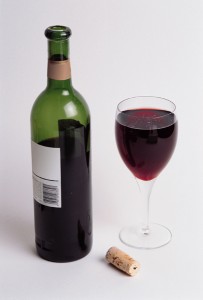 As I sit here happily nibbling on some fresh pineapple and sprouted raw (unpasteurized) almonds today for my snack ala Isabel De Los Rios and her Beyond Diet Program (oh man… there I go with the almonds again!), I realize that it’s been a while since I’ve written anything for the healthy living tips section of the website here.

I’m going to come right out and say it: I like red wine. A lot. Too much.

It’s poison. Pure and simple. Sure, a little now and then is ok. But to the extent that I swill the stuff, it’s NOT ok.

I eat VERY well, and most of my habits are good ones. I mean, take a look at my refrigerator at home!. Not this one though. It’s the final vice for me, and I’ve latched onto it long enough.

Not even sure why I latched onto it to begin with, but I’m guessing it has something to do with being allowed to drink since I was young (before there were too many laws about it).

So why am I even bringing this up?

The reason I bring this up is that for those of my readers who are looking at being healthier, more effective in their work, more productive in their lives – you know… the whole “self development” thing we have going on here – well, you look to me to offer a fresh perspective on stuff.

And I’ve gotten a fresh perspective on the particular topic of alcohol, thanks to a chapter in the old The Diet Solution Programby Isabel De Los Rios, which is now her “Beyond Diet Program” which is really awesome – it’s in her book “Pure Fat Burning Fuel.” Buy it in the following link at Amazon:

I can’t quote the book here, because it’s copyrighted and protected, and frankly, I haven’t asked permission to quote it. But I’m on a roll here today after reviewing the chapter on alcohol, and it’s very important to talk about it here in the healthy living tips section.

That’s because THIS is a healthy living tip if ever there was one.

As I mentioned above, alcohol is a poison in the human body. Right there alone, you’d think that the common sense response of the world would be, “Well of course it is!” So is arsenic! We wouldn’t DREAM of going out and intentionally ingesting arsenic. It’ll kill ya! 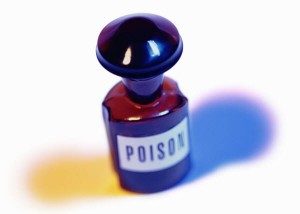 I mean, who runs out to the store saying, “Honey, I’ll be back – I just need to run out and grab a loaf of bread, a dozen eggs and some arsenic, ok?”

But it doesn’t sound so odd (for a lot of people anyway) to say, “Honey, I’ll be back – I just need to run out and grab a loaf of bread, a dozen eggs, and some beer and wine, ok?”

What I learned today has truly made me pause.

As I was reading the book, I happened upon the chapter about alcohol. Now, I’ve always known that alcohol is a pretty useless carbohydrate, but until I read what Isabel De Los Rios had to say, I think I’ve more or less just ignored most of the stuff I’ve known about alcohol.

See, here’s the thing – and again, I can’t quote the information from the old Diet Solution Program, but the gist of it – and my understanding, if I’m reading Isabel correctly – is this:

So, in other words, according to Isabel, the food calories don’t get processed if alcohol is introduced – they get stored. I’m sure you see where this would lead. I mean, aside from the obvious yucky side effects of alcohol that are obvious and immediate – do we really need to enumerate them? – if someone’s working on getting a laser focus, becoming a more spiritual being, attaining a healthier state – or whatever – then, truly, alcohol just does not fit into that picture.

I guess a person would have to ask him/her self, “Is the buzz worth it?” Is drinking worth harming the body and contributing to useless weight gain?

Again, I’m not saying become a spokesperson for temperance – I’m just saying that Isabel spells it out as clear as day, and in a way that’s kind of hard to argue with: Dump the alcohol if we want our bodies to be the lean, clean living machines that they’re meant to be.

I’ve heard Isabel loud and clear. If you want to have a look for yourself at her views and her plan for a healthier lifestyle (that just so happens to result in a leaner body as well if that’s what you’re after), then please click here to get your copy of Pure Fat Burning Fuel – from Beyond Diet by Isabel De Los Rios.

It’s worth if if you think your health is worth it.